My vision for Shine is to showcase the culture and tradition within the Nuyorican community, telling a story anchored on core values—family, tradition, struggle, acceptance and cultural pride. The thread that weaves these elements together is salsa song and street dance, not as a musical but as a way of life. 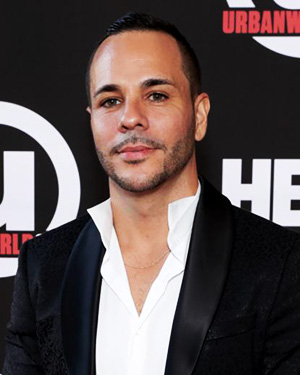 The idea is to visually and rhythmically expose a slice of life that comes from a source of truth but also strike intrigue and entertain those outside the window looking in. I want the nuances, sights, sounds, and smells to pay homage to those who own these traditions and to allow the outside-looking-in perspective of seeing something intimate and private. I want to always be intentional with the dance and use it as a means to define our central characters and keep the story moving forward with each sequence.

Each song and dance always tell a story from seduction and love to anger and betrayal. The thread is salsa, born on the streets of Spanish Harlem as a musical expression of culture and pride, which has now transcended to a global audience.

The theme of gentrification is what is central to the conflict in Shine and a very real topic in cities across the United States. The question isn’t whether our characters or those in real life are opposed to change and development, but how do we move forward integrating the community and preserving the cultural identity. I hope the Shine movie aides in the continued dialog residents are confronting on a daily basis.

I hope that Shine provides our audience with a front row seat to a slice of life from a community of Latinos who live and work in this country but walk tall with the armor of ‘ORGULLO’ (pride) mounted on their chest.

I hope that the Shine movie will be embraced not only for its inherently good dancing and soulful backdrop but most importantly for its truth, originality, and as an entertaining story that echoes from the streets of Spanish Harlem into the hearts of our audience.